Hard.Point places you in control of an adaptable battle tank in an island environment against an army of enemy vehicles. Each destroyed enemy have a chance to drop a device that can be installed at player’s tank single hard point. Each device extends the tank capabilities in a certain way. Only one device can be installed at a time and the player must choose wisely in order to complete the mission: destroy 3 super-boss-machines (the Raven helicopter, the Fortress tank and the Kraken battleship). 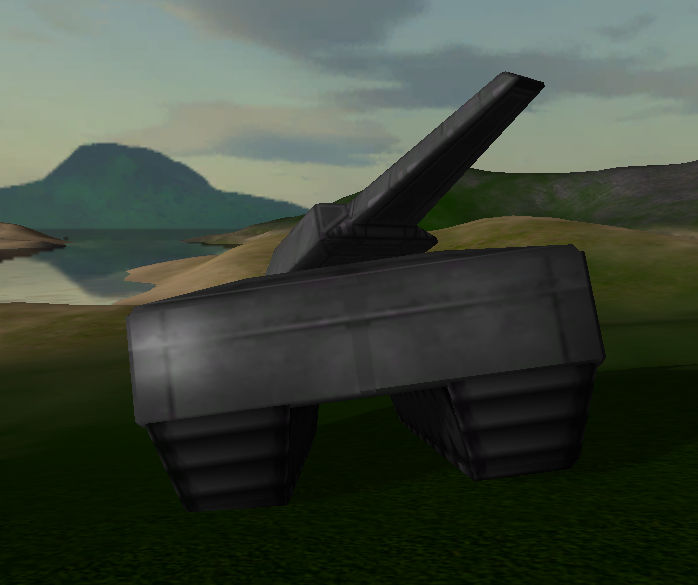 The game features 6 type of enemy vehicles, 3 bosses and 7 type of devices to install on the tank.

This is a hard game and will require strategical thinking in choosing and hunting the right equipment to each step of the mission. 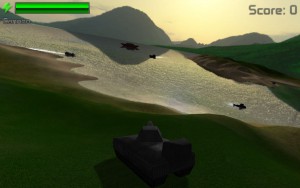 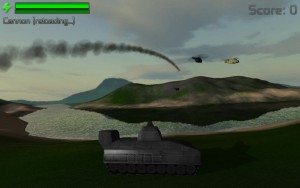 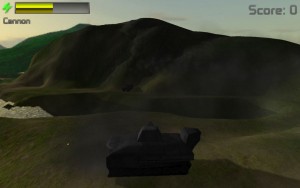 Move the tank with WASD keys, target cannon with mouse and shoot with left mouse button. When you get a device from an enemy you can switch to this device with right mouse button.
Full instructions at game intro.

Hard.Point can be download in Windows version from itch.io

The player’s tank is a very powerful war machine with strong armor and devastating front cannon, but it is far from indestructible.
There will be countless enemies appearing to the battle, and in group they can be dangerous.

Each destroyed enemy has a chance to leave a special power up that installs a new device in the player tank’s hard point (and replace any previous installed device).
Any installed device can be upgraded by collecting more of the same power-up type, up to level 3.

The energy measures tank armor and batteries.
It is depleted when the tank takes damage or when it uses the device installed at its hard point (only some kinds of device requires energy). 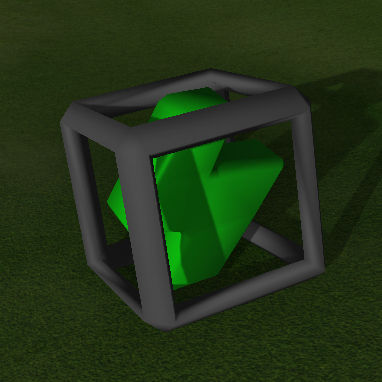 The energy bonus, dropped sometimes by destroyed enemies, repair this value to some extent.
If the energy value reaches 0 the tank is destroyed and the game is over. 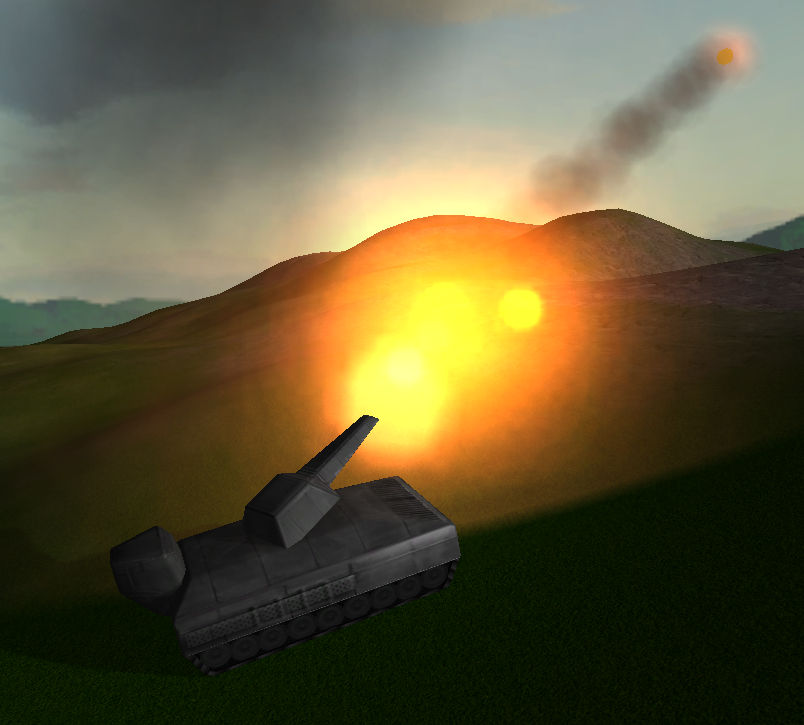 The front cannon is the tank’s main weapon. It can shot projectiles long across islands and hit flying enemies if used in right angles.

A veteran tank pilot will be able to hit targets from afar using ballistic parabolas. The best way to achieve this is by practicing on trial and error basis.

The shot projectile is highly explosive and will damage vehicles if hits close on ground (and even the player tank if it explodes too near). There are some enemies that posses this same explosive projectile (although less powerful). 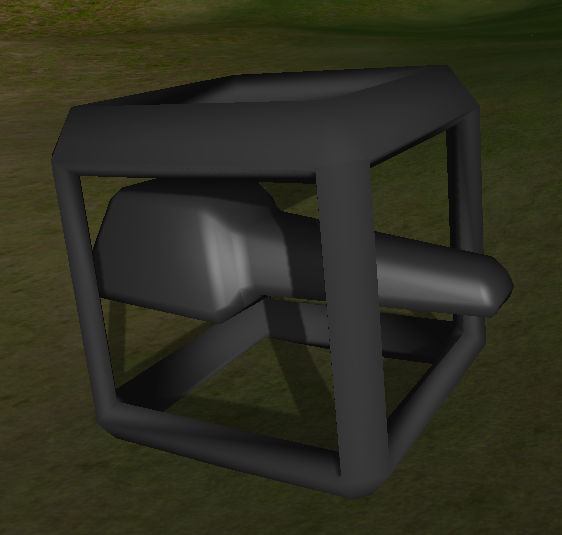 The front cannon can be upgrade up to level 10 by collecting a special king of power up dropped sometimes by destroyed enemy tanks. Each upgrade level increases cannon power and the damage it causes on enemy machines.

Each device enables some new ability in player’s tank. 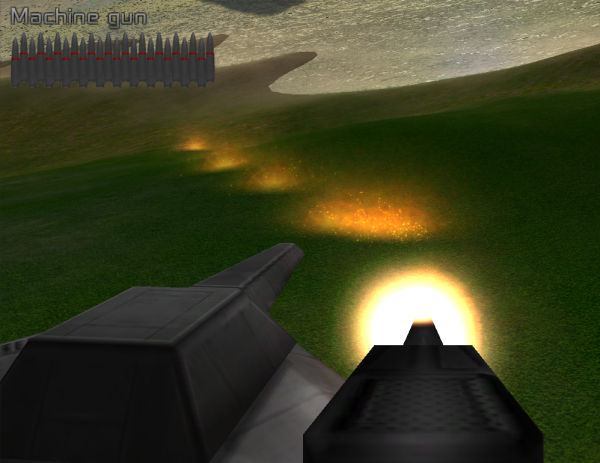 The machine gun is a versatile weapon of continuous attack and low damage, dropped sometimes by destroyed Rangers. It is very powerful against helicopters and can destroy incoming enemy missiles in mid air (as an anti air gun). Each level upgrade its ammo and firepower. 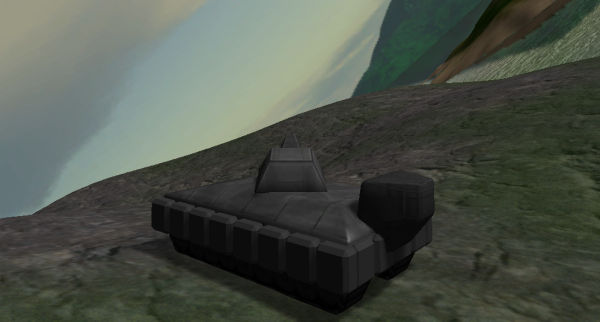 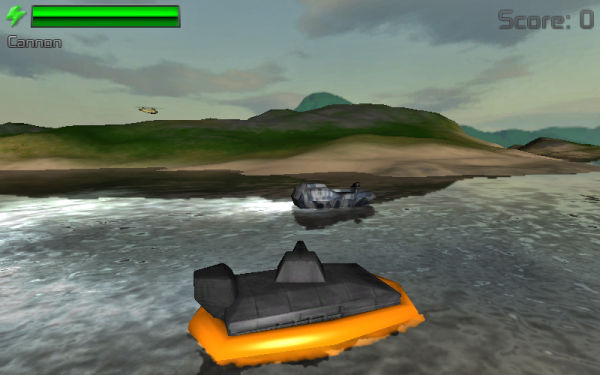 The boat allows the tank to float in water, a valuable addition in an island environment. It is dropped sometimes by destroyed enemy watercrafts. Each upgraded level increases the water cruise speed. 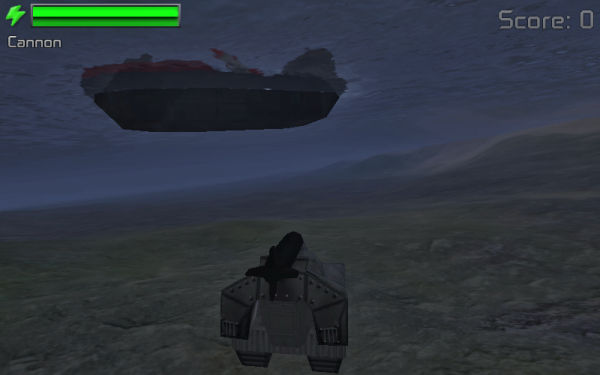 The submersion adapter enables the tank to dive and shoot torpedoes. It is a rare finding on destroyed enemies submarines. Each upgraded level increases torpedo damage and range. 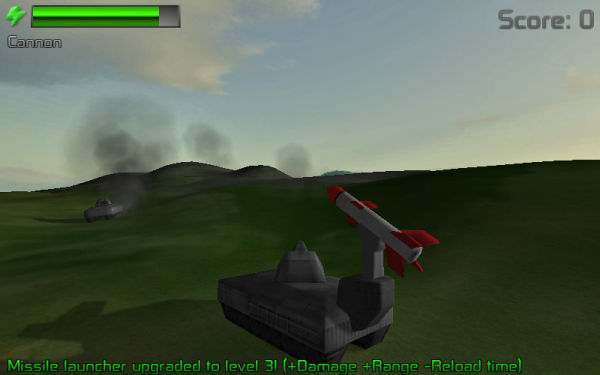 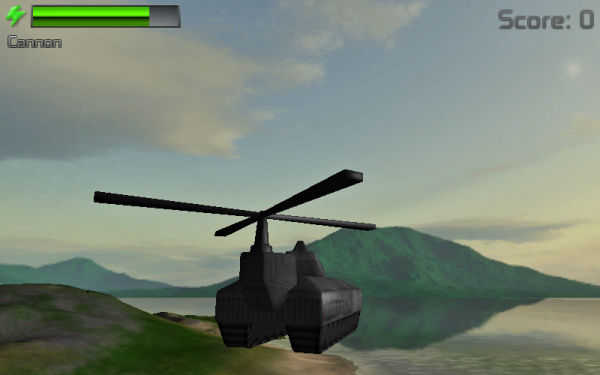 The rotor device enables the tank to fly like a helicopter! It is dropped sometimes by destroyed helicopters and consumes energy while activated. Each upgraded level increases lift power and decreases energy consumption.